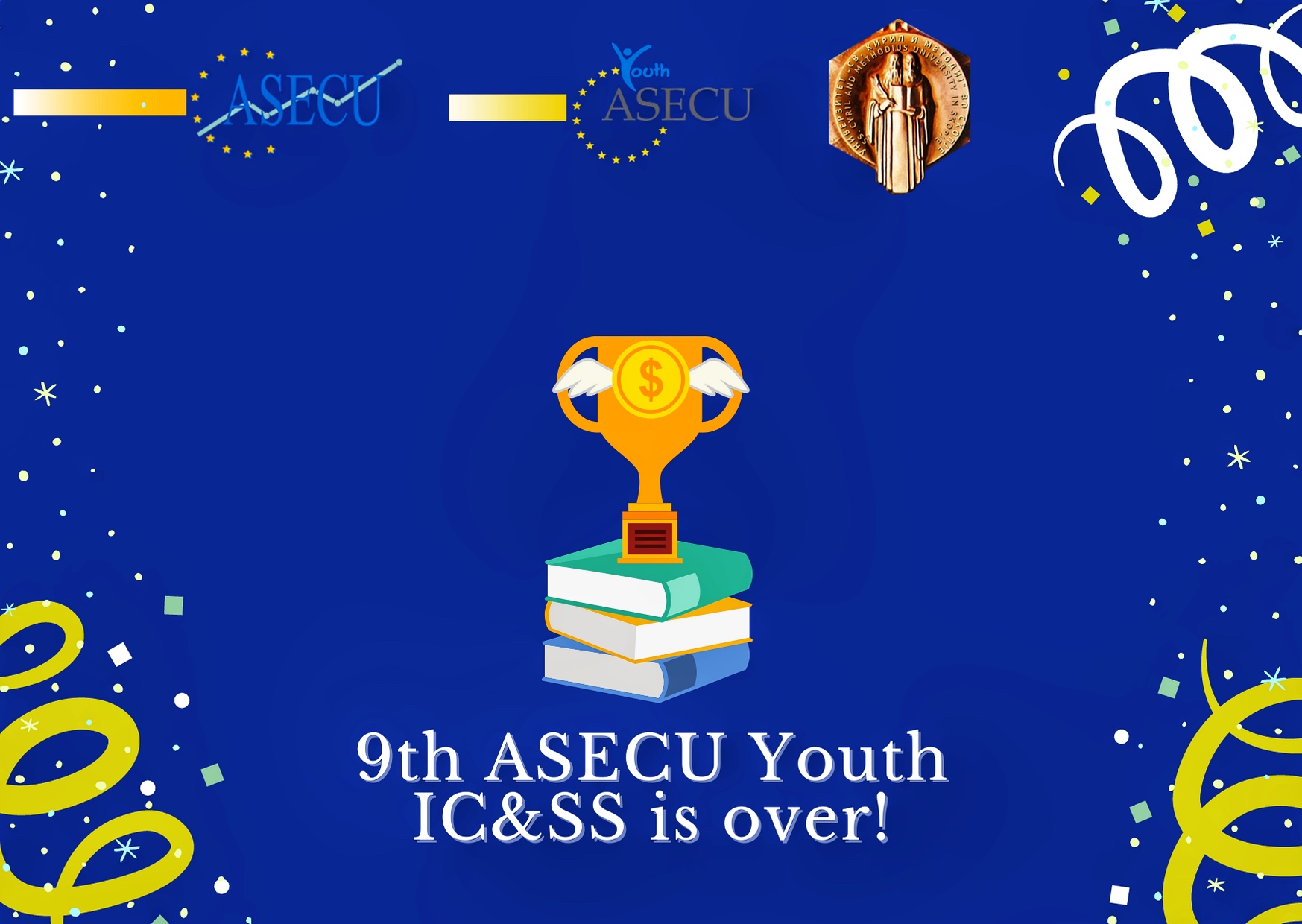 The title of the 9th AYIC&SS was “Enhancing and managing competitive economics and business environment: Challenges for the South and Eastern European countries and the Black Sea region”. The event lasted three days – from September, 14 to September, 16, 2020, and hosted with detailed PP presentations and profound joint discussions over 65 students from 14 countries and around 15 professors from 7 countries.

The Conference entailed students’ papers presentations and lectures of visiting professors on the topics they specialize in. Overall it had three major sessions structured as following:

The main outcome of the 9th AYIC&SS was announcing 7 best presenting papers, one of them to be nominated for Tsekouras Prize for Young Economists by the Scientific Committee of the Conference. The best 7 presented papers are authored (& listed in the alphabetic order) by:

On closing the School it was announced that the next ASECU Youth International Conference and Summer School will be hosted by Alexandru Ioan Cuza University of Iasi, Romania in August 2021.

The full Agenda and the live broadcast of the 9th AYIC&SS can be found below: